The Beauty of Belleek 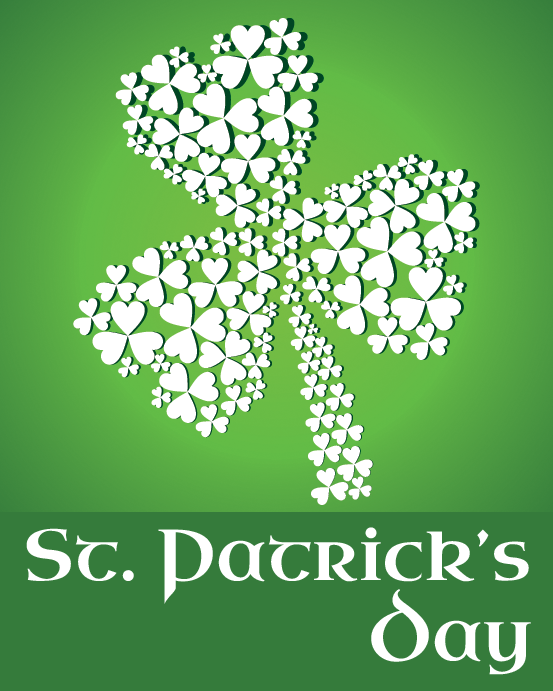 As the world celebrates
St. Patrick's Day, I want to share with you some teaware that I hold near and dear.
One of the things I cherish about Ireland is its traditions of craftsmanship. Whether it's intricate wool weaving, fine Waterford crystal or beautiful bone china, people from around the world (and in Ireland) want to collect these quality pieces. 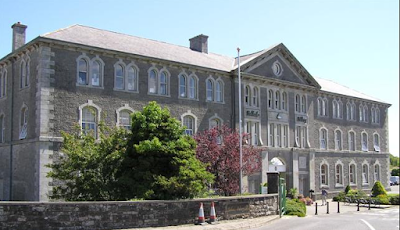 Belleek is a well known Irish pottery that produces bone china pieces. In fact it is the one of the world's oldest working potteries in the world. It opened in 1857 and its location has remained the same throughout its history: County Fermanagh in Northern Ireland.
The above photo is the factory (open for tours) and there is a welcome center along with a tea room.
Here is the information about the visitors centre.

Belleek pieces have many traits which make them so unique from other potteries. The older pieces are remarkably thin, slightly iridescent and appear "wet."

I would like to share with you some from my collection. The older pieces I have purchased from antique stores and the rest were gifted to me by my uncles in Ireland while visiting. As some of you may know, my mother is from Ireland and all of her siblings still live in there (County Cork) and in London. 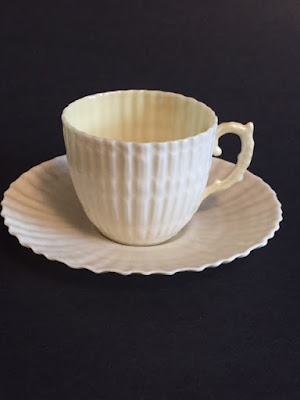 This is my oldest piece of Belleek with a third black mark (1926-1946) and is in the Limpet pattern. 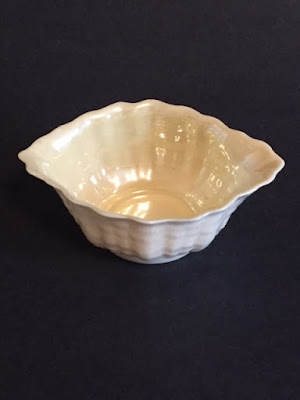 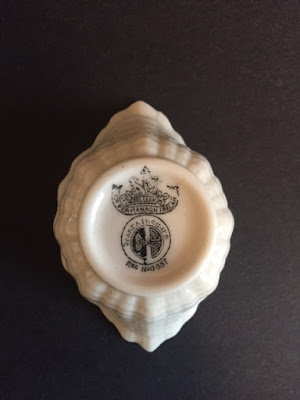 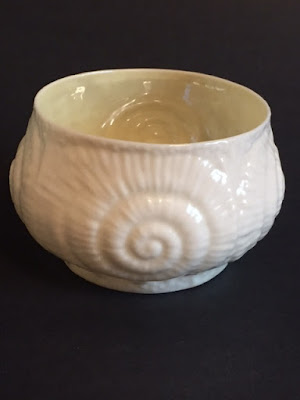 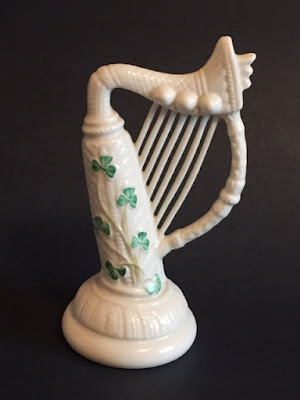 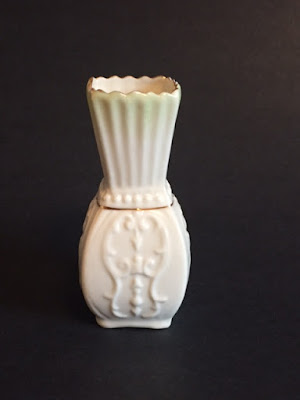 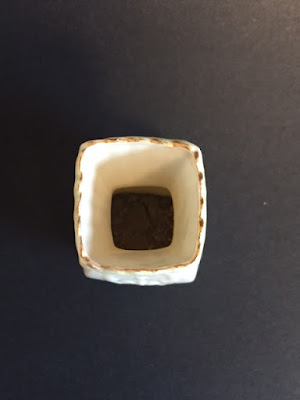 I placed Irish soil from Owenahincha in West Cork in this vase! 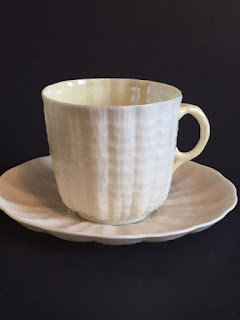 Here is a guide to the backstamps: 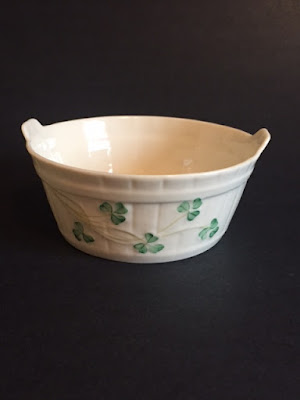 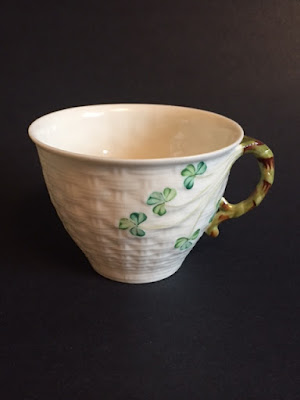 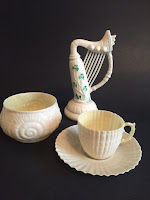 Thanks for reading! I tried to feature some pieces that were not a part of last year's St. Patrick's post. 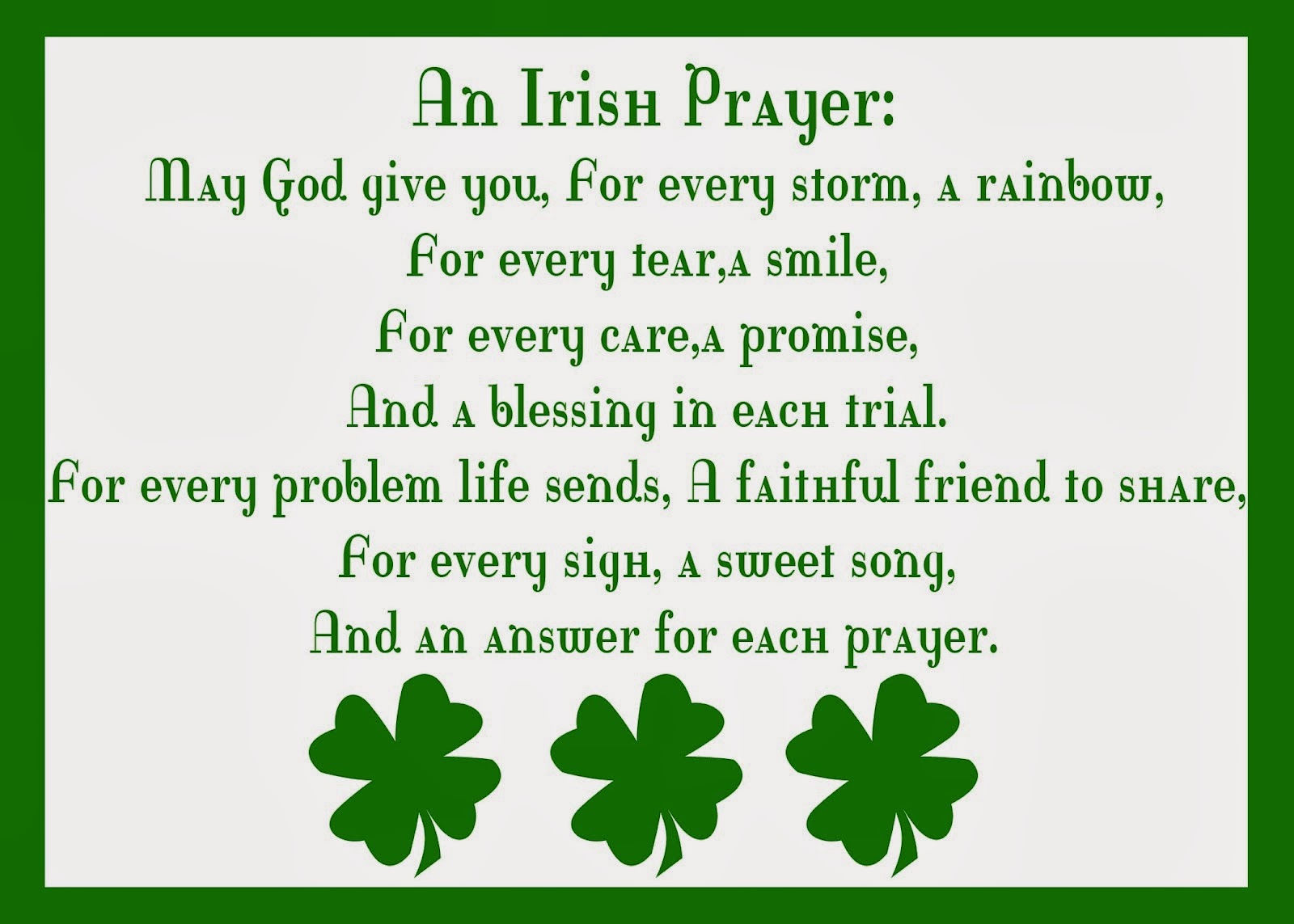 Bring your favorite teacup to the following parties: