- September 13, 2016
Probably like many of you, I'm trying to hold back time and grasp any summer delight before it's too late. Granted, I love autumn. It's just that this summer seem to go by way too quickly. 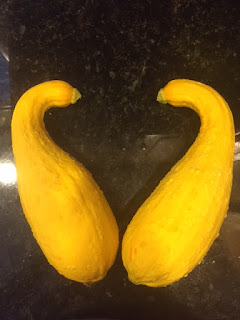 Last weekend I was given two very large crooked neck squash. They were so large; I was concerned they would be a bit dry for sauteing or grilling. Since baking bread is a favorite of mine, I decided to bake squash bread. I couldn't find a recipe specifically for crooked neck squash so I used a green or yellow squash recipe from the internet. (I have a nice recipe for zucchini bread but wanted to try something different.) 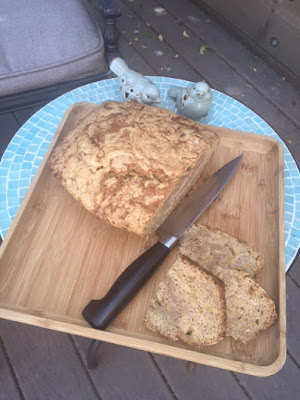 I made a huge loaf and was quite happy with the results. 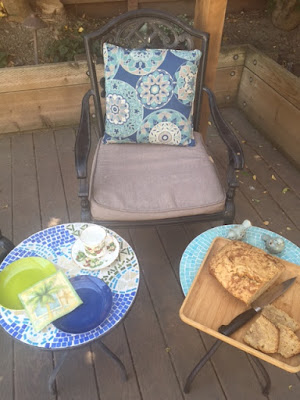 Come join me outside for a cup of tea and a slice or two of squash bread. (The cushion on my chair is getting a bit flat. Too much reading!) 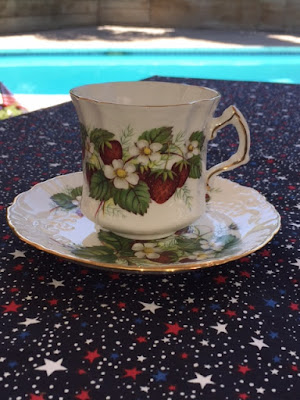 Today's featured teacup is Strawberry Ripe.
It's an English bone china produced by Hammersley and Co. which was part of the Spode Company. Hammersley was first manufactured in Longton, Stoke-on-Trent. 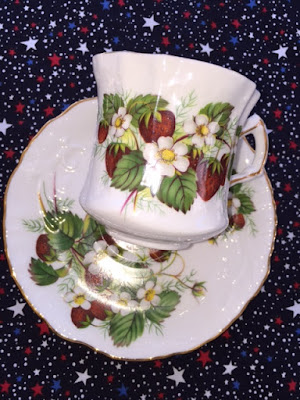 The teacup was produced in the mid to late 1970s. 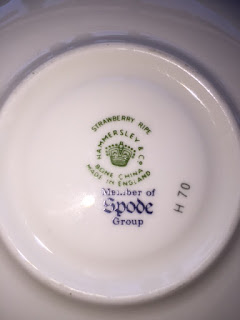 I featured this teacup last summer as well. It wouldn't be summer without strawberries!

Below is the recipe from cooks.com

I'm bringing my teacup to these parties: