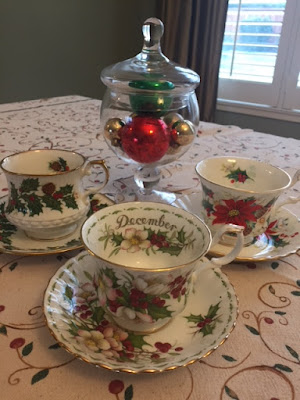 Last week I shared that I am hosting a Christmas Tea with friends this upcoming Saturday. I've been slowly collecting bone china Christmas teacups. In the last post I featured "Christmas Roses" by Queens.
Here are three more vintage Christmas teacups that I've added to my collection. All were purchased on etsy. 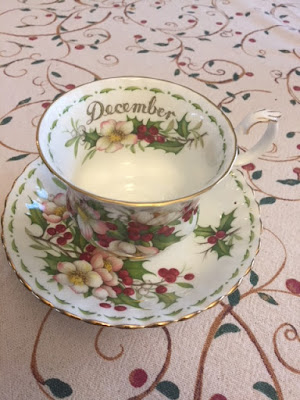 I must admit that this is my favorite holiday teacup. It is a Royal Albert from the Flower of the Month series. I would love to collect more from this series. 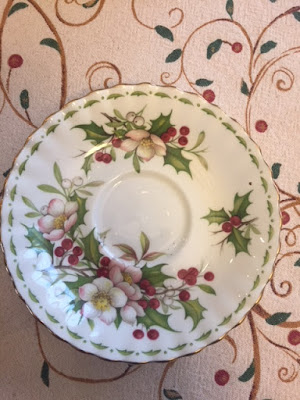 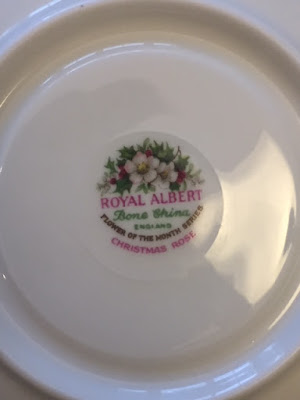 There are two Flower of the Month series. The first one was produced from the 1950s to 1960s and featured holly as the December flower. The cup shapes were Hampton, Countess and Gainsborough.
My teacup is from the second series produced in the 1970s with Montrose shape cups. 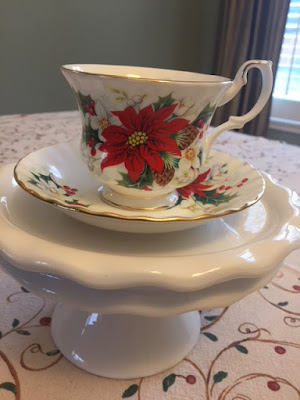 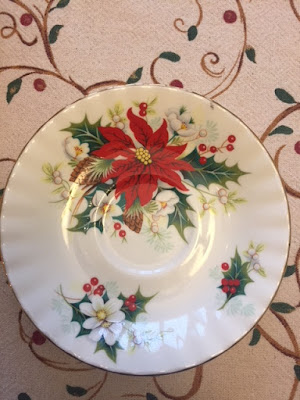 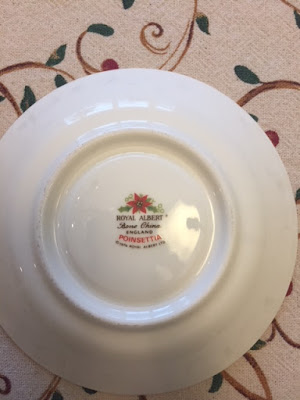 This was produced in 1976 and has the same high quality of bone china as earlier patterns. 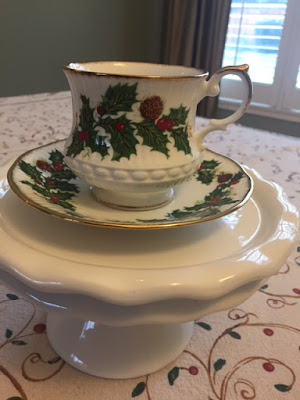 The last teacup is a Queens Rosina in the "Yuletide" pattern. It was produced in the 1980's. 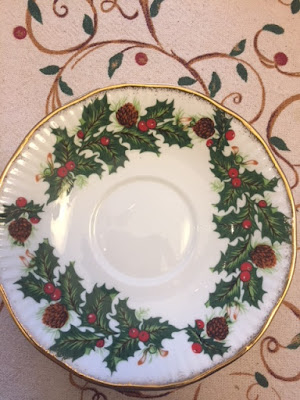 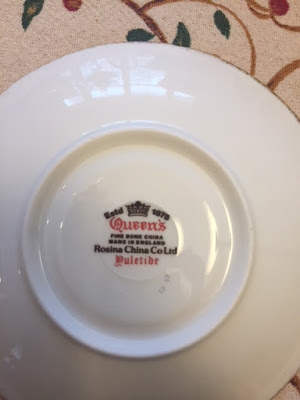 There were many teacups and entire sets in this pattern being sold on etsy.

I have one more holiday teacup to share that is more winter-themed than Christmas. I'm short one teacup for my tea party, so I will use a red Ridgway transferware cup.

Next week I will reveal my goodies from an ornament swap I participated in through The Enchanting Rose blog.

Take the time to enjoy a cup of tea with a new or old friend over the holidays. After receiving some Christmas cards, I'm reminded that I should reconnect with some friends.
Please join me at a new party, Vintage Charms where I'll be sharing these teacups.
~Enjoy the week,
Nora
Christmas Queens Royal Albert